The silence of the rain
(Book)

Description
A Brazilian bestseller, this sophisticated story of murder, sex, and corruption introduces a riveting new crime series. In a parking garage in the center of Rio de Janeiro, corporate executive Ricardo Carvalho is found dead in his car, a bullet in his head. It appears that he has been robbed and murdered. But the clues are few. The gun and his briefcase are nowhere to be found - just the kind of case that is always assigned to Inspector Espinosa. Not your typical detective, the world-weary Espinosa has the mind of a philosopher, the heart of a romantic, and enough experience to realize that things are rarelyas they first seem.As Espinosa attempts to unravel the mystery of what really happened to Carvalho and his secretary, Rose, who disappeared shortly afterward, he discovers that the businessman had recently taken out a million-dollar life insurance policy. And there's another complication: Espinosa's attraction to Carvalho's beautiful widow, who is also one of the prime suspects. When two more bodies turn up, Espinosa is forced to shift the investigation into high gear before anyone else becomes a casualty.Hurtling to a surprising and satisfying conclusion, The Silence of the Rain is an intelligent, unconventional detective novel with a distinctly Latin American flavor and a colorful, exciting locale. In Espinosa, America is about to meet an irresistible new sleuth.
Also in This Series

Note! Citation formats are based on standards as of July 2010. Citations contain only title, author, edition, publisher, and year published. Citations should be used as a guideline and should be double checked for accuracy.
Staff View
Grouped Work ID:
65421003-c0f9-c0c8-6776-c603f46c7b13
Go To GroupedWork 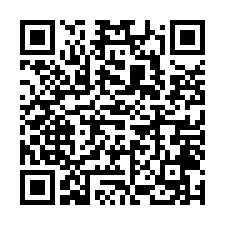