The Englewood Public Library is temporarily closed as of March 13, 2020 at 5 p.m. until further notice.

Irish freedom: the history of nationalism in Ireland
(Book)

Description
A compelling and authoritative history of Irish nationalism from the award-winning and critically acclaimed author of Armed StruggleRichard English's brilliant new book, now available in paperback, is a compelling narrative history of Irish nationalism, in which events are not merely recounted but analysed. Full of rich detail, drawn from years of original research and also from the extensive specialist literature on the subject, it offers explanations of why Irish nationalists have believed and acted as they have, why their ideas and strategies have changed over time, and what effect Irish nationalism has had in shaping modern Ireland. It takes us from the Ulster Plantation to Home Rule, from the Famine of 1847 to the Hunger Strikes of the 1970s, from Parnell to Pearse, from Wolfe Tone to Gerry Adams, from the bitter struggle of the Civil War to the uneasy peace of the early twenty-first century. Is it imaginable that Ireland might - as some have suggested - be about to enter a post-nationalist period? Or will Irish nationalism remain a defining force on the island in future years? 'a courageous and successful attempt to synthesise the entire story between two covers for the neophyte and for the exhausted specialist alike' Tom Garvin, Irish Times
Also in This Series

Note! Citation formats are based on standards as of July 2010. Citations contain only title, author, edition, publisher, and year published. Citations should be used as a guideline and should be double checked for accuracy.
Staff View
Grouped Work ID:
4f2837e2-3bea-c66a-11ee-d0bd1b96a417
Go To GroupedWork 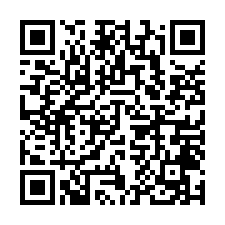