Demagogue: the fight to save democracy from its worst enemies
(Book)

A demagogue is a tyrant who owes his initial rise to the democratic support of the masses. Huey Long, Hugo Chavez, and Moqtada al-Sadr are all clear examples of this dangerous byproduct of democracy. Demagogue takes a long view of the fight to defend democracy from within, from the brutal general Cleon in ancient Athens, the demagogues who plagued the bloody French Revolution, George W. Bush's naïve democratic experiment in Iraq, and beyond. This compelling narrative weaves stories about some of history's most fascinating figures, including Adolf Hitler, Senator Joe McCarthy, and General Douglas Macarthur, and explains how humanity's urge for liberty can give rise to dark forces that threaten that very freedom. To find the solution to democracy's demagogue problem, the book delves into the stories of four great thinkers who all personally struggled with democracy--Plato, Alexis de Tocqueville, Leo Strauss, and Hannah Arendt.

Note! Citation formats are based on standards as of July 2010. Citations contain only title, author, edition, publisher, and year published. Citations should be used as a guideline and should be double checked for accuracy.
Staff View
Grouped Work ID:
d064481d-5eec-5eda-8d5b-d87dc97eb591
Go To GroupedWork 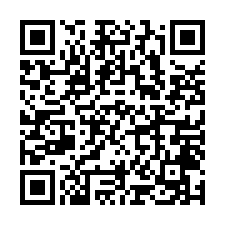