The winner of the 2005 Cave Canem Poetry Prize, Lions Don't Eat Us introduces a fierce and wise new voice There's nothing to be afraid of. Don't ever let boys kiss you. Be nice. One day you'll get married. Keep your legs closed. Dance. --from "Grandmother Said"

In one of Aesop's Fables, the Roman slave Androcles befriends the emperor's lion prior to his trial and thereby survives certain death in the arena. Constance Quarterman Bridges's father tells this story to his children and says, "My Babies, we're special people, lions don't eat us ." In this remarkable debut collection, Bridges chronicles her ancestry--part born out of slavery, part descended from Cherokee heritage--from her great-grandparents "jumping over the broom" in Civil War Virginia to her father's journey in the Great Migration northward in 1916. The result is an unequivocally American story.

Lions Don't Eat Us is the 2005 winner of the Cave Canem Poetry Prize, given to the best first collection by an African-American poet.

Note! Citation formats are based on standards as of July 2010. Citations contain only title, author, edition, publisher, and year published. Citations should be used as a guideline and should be double checked for accuracy.
Staff View
Grouped Work ID:
45a78ee1-77ae-79cd-1f2c-6abf069ee1df
Go To GroupedWork 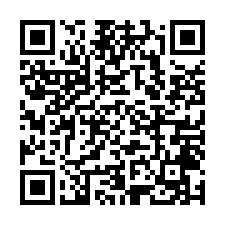