Description
The campus of St. Agatha's College, Cambridge University, is steeped in history. One particular building, however, has a history that most would rather forget---a tower that has drawn several students to their death. Much discouraged by the authorities, it is a college tradition for students to try their luck jumping the gap between a window and a pediment---nicknamed Harding's Folly---and the gap has recently claimed another victim, a glamorous and controversial Shakespearean scholar. Imogen Quy (rhymes with "why"), college nurse and amateur sleuth, is surprised that such a brilliant man would take such a foolish risk. But tragic accidents do happen---or was it an accident? One undergraduate is so convinced of foul play that he takes it upon himself to confront the suspected murderer by mounting a production of the "bad quarto"---a shortened, pirated script---of Shakespeare's "Hamlet."Wise, compassionate Imogen, who has been described as "sharp as needles and soft as butter," has just the right mixture of involvement and detachment to sort out what really happened in the most literate and compelling academic mystery since Dorothy L. Sayers's "Gaudy Night."
Also in This Series

Note! Citation formats are based on standards as of July 2010. Citations contain only title, author, edition, publisher, and year published. Citations should be used as a guideline and should be double checked for accuracy.
Staff View
Grouped Work ID:
eadcd368-a3f9-db4b-0d85-9090ce4bd757
Go To GroupedWork 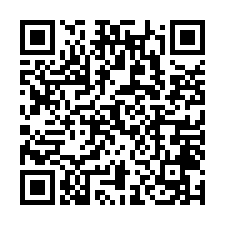