Description
Women in the fight for Ireland's independence risked loss of life and family for their cause. Here are the biographies of sixty-five women activists, along with lists of those imprisoned after the 1916 Rising and those arrested during the Irish Civil War. They came from every class in society--titled ladies, shop assistants, doctors, housewives, laundry workers, artists, and teachers. Some were married with children, others widowed, and some were mere schoolgirls. Using historical records, interviews with survivors and their families, and the women's own prison diaries, memorabilia, and writings, Sinead McCoole vividly recreates the characters, personalities, and courage of these extraordinary women, many of whom served time in Ireland's most notorious prison, Kilmainham Gaol.
Also in This Series

Note! Citation formats are based on standards as of July 2010. Citations contain only title, author, edition, publisher, and year published. Citations should be used as a guideline and should be double checked for accuracy.
Staff View
Grouped Work ID:
cc98657f-1970-358f-70f9-c88bba69aeb3
Go To GroupedWork 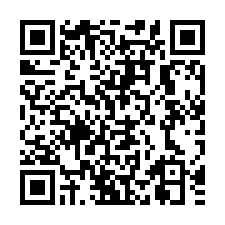