The Lichtenberg Figures , winner of the Hayden Carruth Award, is an unconventional sonnet sequence that interrogates the relationship between language and memory, violence and form. "Lichtenberg figures" are fern-like electrical patterns that can appear on (and quickly fade from) the bodies of people struck by lightning.

Throughout this playful and elegiac debut--with its flashes of autobiography, intellection, comedy, and critique--the vocabulary of academic theory collides with American slang and the idiom of the Old Testament meets the jargon of the Internet to display an eclectic sensibility.

Ben Lerner , the youngest poet ever published by Copper Canyon Press, is co-founder of No: a journal of the arts . He earned an MFA from Brown University and is currently a Fulbright scholar in Spain.

Note! Citation formats are based on standards as of July 2010. Citations contain only title, author, edition, publisher, and year published. Citations should be used as a guideline and should be double checked for accuracy.
Staff View
Grouped Work ID:
86f1e075-463b-080b-ecf7-30d74361378c
Go To GroupedWork 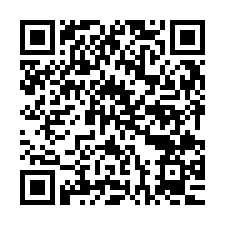