The Great War: perspectives on the First World War
(Book)

Description
The great war--or the First World War, as most Americans call it--was the true turning point of the century just past. It brought down dynasties and empires, including the Ottoman--one of the roots of our present difficulties. It changed the United States from a bumptious provincial nation into a world power. It made World War II inevitable, and the Cold War as well. Above all, the Great War was history's first total war, an armed conflict on a world stage between industrialized powers. Robert Cowley has brought together the thirty articles in this book to examine that unnecessary but perhaps inevitable war in its diverse aspects. A number of the subjects covered here are not just unfamiliar but totally fresh. Who originated the term "no-man's-land" and the word "tank"? What forgotten battles nearly destroyed the French Army in 1915? How did the discovery of a German naval codebook bring the United States into the war? What was the weapon that, for the first time, put a man-made object into the stratosphere? The Great War takes a hard look at the legend of the "Massacre of the Innocents" at Ypres in 1914--an event that became a cornerstone of Nazi mythology. It describes the Gallipoli campaign as it has never been described before--from the Turkish side. Brought to life as well are the horrors of naval warfare, as both British and German sailors experienced them at the Battle of Jutl∧ the near breakdown of the American commander, John H. Pershing; and the rarely told story of the British disaster on the Tigris River in what is now Iraq. Michael Howard chronicles the summer of 1914 and the descent into a war that leaders were actually more afraid to avoid than to join. John Keegan writes about the muddy tragedy of Passchendaele in 1917. Jan Morris details the rise and fall of Sir John Fisher, whom she characterizes as the greatest British admiral since Nelson. Robert Cowley tells the haunting story of the artist Käthe Kollwitz, determined to create a memorial to her dead son. In every way this is a book that does justice to the drama and complexity of the twentieth century's seminal event.
Also in This Series

Note! Citation formats are based on standards as of July 2010. Citations contain only title, author, edition, publisher, and year published. Citations should be used as a guideline and should be double checked for accuracy.
Staff View
Grouped Work ID:
0fc9a23a-9b0f-3a0e-5bfb-6e1697f1813f
Go To GroupedWork 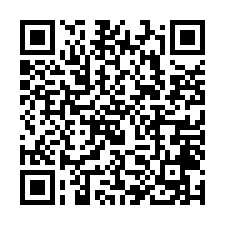