The slayers of Seth: a story of intrigue and murder set in ancient Egypt
(Book)

Description
The past comes to life once again in the fourth installment of this Ancient Egypt murder mystery series that the "New York Times" calls "resurrectionist magic " Lord Amerotke, Pharaoh's chief judge, is already in the midst of a murder case. A young, ambitious scribe, Ipumer-supposedly in love with the daughter of a powerful general-had hoped to become betrothed. Instead, he is dead from poisoning and the prosecution has indicted his lover, Lady Neshratta, who apparently grew tired of the dalliance. If found guilty, she will be buried alive in the desert sands of the Red Lands. But before the trial is concluded, the powerful female Pharaoh's chief advisor summons Amerotke to the Temple of Seth, where he is awaited by the remains from another high-profile murder. One of Egypt's great heroes has been brutally killed and Pharaoh Hatusu herself has decided to intervene. She believes that General Balet's murder is only the beginning of something more sinister, and she calls on Amerotke for help. There is more to the deaths than meets the eye . . . but can Amerotke track down the killer-or killers-before he strikes again?
Also in This Series

Note! Citation formats are based on standards as of July 2010. Citations contain only title, author, edition, publisher, and year published. Citations should be used as a guideline and should be double checked for accuracy.
Staff View
Grouped Work ID:
5c50ff28-81ff-a197-65d4-3618ee0e4e15
Go To GroupedWork 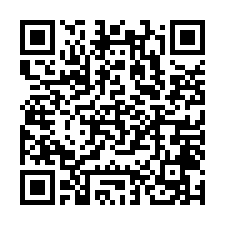