Catalog A window in Copacabana / »  Book »

A window in Copacabana
(Book)

Description
A ruthless group of corrupt cops is playing a lethal game of cat and mouse in the latest installment in the seductive bestselling Brazilian crime series Copacabana, Rio de Janeiro. Three policemen have been killed over the course of a few days. They were mediocre cops, and their deaths have a lot in common: they were eliminated by a cold-blooded assassin, who leaves no trace and likes to fire at point-blank range.Immediately the police world is thrown into turmoil. Who would risk running around the city killing cops, even unpopular ones? People involved in drug trafficking? Other policemen? Espinosa, chief of the 12th Precinct, doesn't have much to go on. And when the body of a woman connected to one of the dead cops is found on the sidewalk below her apartment window, things get even more complicated, as a reputed "witness"-the wife of a high-ranking government official - becomes obsessed with the case, and with Espinosa.Nothing is quite as it first appears as Espinosa finds himself in his old haunts of Leme and Copacabana, and in the all-too-familiar murky terrain of corruption, secret lives, greed, and fear.
Also in This Series

Note! Citation formats are based on standards as of July 2010. Citations contain only title, author, edition, publisher, and year published. Citations should be used as a guideline and should be double checked for accuracy.
Staff View
Grouped Work ID:
059f1590-be33-15d9-9c98-76360f86cf85
Go To GroupedWork 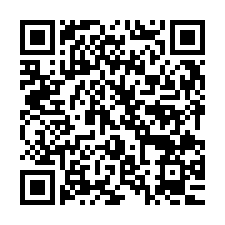