Description
Irene Adler is the only woman ever to have outwitted Sherlock Holmes... and the one who has come closest to stealing his heart. She has competed (and sometimes cooperated) with the famous fictional detective over six popular and acclaimed novels, featuring her daring investigations across the Continent. All along, the beautiful and brilliant American diva-turned-detective has managed to conceal her background and history, even from her dashing barrister husband, Godfrey Norton, and her devoted companion and biographer, English spinster Nell Huxleigh. But she has had some help along the way to do this, from such unlikely sources as the Baron de Rothschild, Sarah Bernhardt, and Bram Stoker, as well as the soon-to-be-infamous Nellie Bly, a daring American journalist who helped Irene hunt Jack the Ripper. Now Nellie has wired Irene some astounding news, news that will shake her world: Irene's mother is the target of an assassin. Irene's past is shrouded in secrecy, and at first she is unwilling to divulge anything that would link her to America. But a series of bizarre killings in New York City draws her reluctantly back to her native country, where she must race with a murderer to find her mother, a woman of mystery who may turn out to be the most notorious woman of the nineteenth century. As Irene forges a trail into her own hidden past, Nellie Bly draws another ace investigator across the Atlantic to join in the hunt for a serial killer, the last man on earth Irene Adler wants to discover anything about her shocking past... Sherlock Holmes.
Also in This Series

Note! Citation formats are based on standards as of July 2010. Citations contain only title, author, edition, publisher, and year published. Citations should be used as a guideline and should be double checked for accuracy.
Staff View
Grouped Work ID:
93e976d3-a24d-7d44-b5e2-f06b12545082
Go To GroupedWork 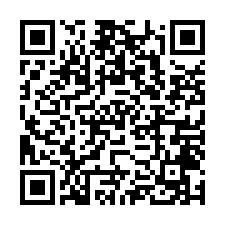