Book row: an anecdotal and pictorial history of the antiquarian book trade
(Book)

Description
The American Story of the Bookstores on Fourth Avenue from the 1890s to 1960s. New York City has eight million stories, and this one unfolds just south of Fourteenth Street in Manhattan, on the seven blocks of Fourth Avenue bracketed by Union Square and Astor Place. There, for nearly eight decades from the 1890s to the 1960s, thrived the New York Booksellers' Row, or Book Row. This richly anecdotal memoir features historical photographs and the rags-to-riches tale of the Strand, which began its life as a book stall on Eighth Street and today houses 2.5 million volumes (or sixteen miles of books) in twelve miles of space. It's a story cast with characters as legendary and colorful as the horse-betting, poker-playing, go-getter of a book dealer George D. Smith; or the irascible Russian-born book hunter Peter Stammer; or the visionary Theodore C. Schulte; or Lou Cohen, founder of the still-surviving Argosy Book Store; or gentleman bookseller George Rubinowitz and his formidably shrewd wife, Jenny. Book Row remembers places that all lovers of books should never forget, like Biblo & Tamen, the shop that defied book-banning laws; the Green Book Shop, favored by John Dickson Carr; Ellenor Lowenstein's world-renowned gastronomical Corner Book Shop (which was not on a corner); and the Abbey Bookshop, the last of the Fourth Avenue bookstores to close its doors. Rising rents, street crime, urban redevelopment, and television are many of the reasons for the demise of Book Row, but in this volume, based on interviews with dozens of the people who bought, sold, collected, and breathed its rare, bibliodiferous air, it lives again.
Also in This Series

Note! Citation formats are based on standards as of July 2010. Citations contain only title, author, edition, publisher, and year published. Citations should be used as a guideline and should be double checked for accuracy.
Staff View
Grouped Work ID:
c1054668-f72a-1edd-8a12-678a7e3e5d89
Go To GroupedWork 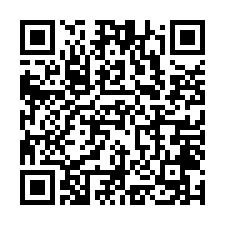