Description
The second in the acclaimed Brazilian series featuring Inspector Espinosa, the detective hailed by critics for "his existential sensibility, his exotic beat, and his literary merit" ( San Francisco Chronicle ) A retired policeman spends a typically alcohol-filled evening with his girlfriend, a prostitute. When he wakes up the next morning, his wallet and car key are missing, his girlfriend has been murdered, and he can remember none of the events of the previous night. Called in to investigate is Inspector Espinosa, veteran detective and friend of the ex-cop. It's a seemingly open-and-shut case, but Espinosa is convinced there's more here than meets the eye, and when other bodies beginturning up, he finds himself not only racing after a killer but falling in love.The first Espinosa mystery, The Silence of the Rain , won over American audiences with its steamy evocation of exotic Rio de Janeiro, its singular narrative approach, and, above all, its highly appealing protagonist. In December Heat , the second in this atmospheric, erotic series, Luiz Alfredo Garcia-Roza once again delivers a story as unusual as it is complex, with a resolution sure to elude-and ultimately delight-even the most discerning crime readers.
Also in This Series

Note! Citation formats are based on standards as of July 2010. Citations contain only title, author, edition, publisher, and year published. Citations should be used as a guideline and should be double checked for accuracy.
Staff View
Grouped Work ID:
c256ce90-2563-1d82-e952-6bbdf6d7fa99
Go To GroupedWork 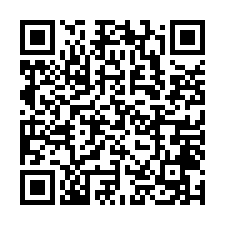