Seasons on Harris: a year in Scotland's Outer Hebrides

The Outer Hebrides of Scotland epitomize the evocative beauty and remoteness of island life. The most dramatic of all the Hebrides is Harris, a tiny island formed from the oldest rocks on earth, a breathtaking landscape of soaring mountains, wild lunarlike moors, and vast Caribbean-hued beaches. This is where local crofters weave the legendary Harris Tweed -- reflecting the strength, durability, and integrity of life there.

In Seasons on Harris, David Yeadon, "one of our best travel writers" (Bloomsbury Review) and intrepid chronicler of the "world's most remote regions" (New York Times), captures, through elegant words and line drawings, life on Harris -- the people, their folkways and humor, and their centuries-old Norse and Celtic traditions of crofting and fishing. Here Gaelic is still spoken in its purest form; music and poetry ceilidh evenings flourish in the local pubs; remnants of ancient "black houses" huddle near five-thousand-year-old stone circles; Sabbath Sundays are observed with Calvinistic strictness; and folklore, in the form of mythical creatures and "second sight" abilities, is still both tantalizing and tangible. Yeadon also journeys to Barra, the southernmost of the Hebrides, to the Shiant Islands with author Adam Nicolson, and to the fabled St. Kilda, the most remote of all the Scottish islands -- fifty miles out in the Atlantic, wreathed in legend and mystery.

Harris, while beautiful and beguiling, is also a symbol of the threats to traditional island life everywhere. Through Yeadon's unique book we come to care about these proud islanders, their challenges, and, in particular, the future of their beloved tweed. 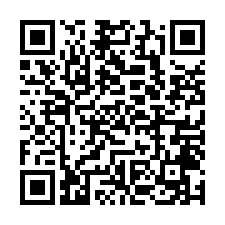