I am Jackie Chan »

I am Jackie Chan: my life in action

Description
"I am standing in the sky on the roof of a glass and steel office tower in Rotterdam, Holland. There are twenty-one floors of air between me and the concrete pavement below. I am about to do what I do best. I am about to jump." If you're a fan of action-adventure movies--with the accent on action--then you no doubt love watching Jackie Chan risk his life to create sensational cinema. As one of the biggest stars to burst into U.S. theaters, Jackie has put America's hottest heroes to shame, wowing audiences with the breathless, death-defying stunts that are the highlight of such movies as Rumble in the Bronx, Supercop, Operation: Condor, and his newest blockbuster Rush Hour. But who really is this boyishly handsome, lightning-fast Charlie Chaplin of martial arts movie-making? And what possessed him to make a career out of putting his life on the line to keep us on the edge of our seats? "I remember a frightened seven-year-old walking into the dim and musty halls of the China Drama Academy, clutching his father's hand. Inside, he sees paradise--young boys and girls leaping and tumbling and flashing the steel of ancient weapons. 'How long do you want to stay here, Jackie?' 'Forever!' answered the boy, his eyes bright and wide. And he let go of his father's hand to clutch at the Master's hem. . . ." In I Am Jackie Chan, Chan tells the fascinating, harrowing, ultimately triumphant story of his life: How the rebellious son of refugees in tumultuous 1950s Hong Kong became the disciplined disciple of a Chinese Opera Master. How the "paradise" that young Jackie so eagerly embraced proved to be, in reality, a ruthlessly competitive place whose fierce master wielded the legal authority to train his students even to death. How the dying art of Chinese opera led Jackie to the movie business--and how he made the leap from stuntman to superstar. How he broke into the Hollywood big time by breaking almost every bone in his body. Finally, after years of plunging off skyscrapers and living to tell the tale, Jackie Chan proves--with this witty, poignant, and often astonishing memoir--that it's always been a tale well worth telling. Jackie has written this book with Jeff Yang, the founder of A Magazine and the author of Eastern Standard: A Guide To Asian Influence in American Culture.
Also in This Series 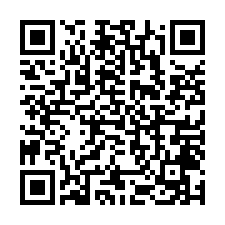