The race for Timbuktu »

The race for Timbuktu: in search of Africa's city of gold

The incredible true story of Alexander Gordon Laing and the race to discover Timbuktu during the early part of the 19th century--a time when the African continent was still largely uncharted.

In the first decades of 19th century, no place burned more brightly in the imagination of European geographers--and fortune hunters--than the lost city of Timbuktu. Like the mythical city of El Dorado, the very real Timbuktu held the promise of wealth and fame. Whoever got there first was guaranteed worldwide renown. Yet, though many had tried, no European explorer had been there and returned since the Middle Ages. In fact, Europeans knew more about the geography of the moon than they did of North and Central Africa. In 1824, the French Geographical Society offered a cash prize for the first expedition from any nation to return from Timbuktu. The announcement fueled the already intense rivalry between the French and the British for control of the African interior. The British, unwilling to depend on the fate of one explorer, sent several "African travelers" on their way.

The Race for Timbuktu focuses on two of these men: Alexander Gordon Laing, the book's protagonist and "voice," and Hugh Clapperton, the man who would become his greatest rival. Though their superiors had hoped the men would work together, instead the two became fierce opponents, each convinced that discovery of Timbuktu was his fate alone.

The Race for Timbuktu follows Laing and Clapperton on their arduous journeys across the unforgiving Sahara, in constant battle against the elements, illness, attack, and time, to be the first white man to reach the fabled gates of Timbuktu. The story of their expeditions also serves as a narrative history of the European colonization of Africa including the competition between England and France to stake out African claims, the collusions of Arabs and Africans against Europeans over the slave trade, and the violent confrontation of Islam with Christianity. As a result of the "Great Scramble" launched by African travelers' missions, in less than a century, nearly every square yard of Africa would be occupied by European nations.

The Race for Timbuktu offers a close personal look at the extraordinary people and pivotal events of 19th century African exploration that changed the course of history and the shape of the modern world. 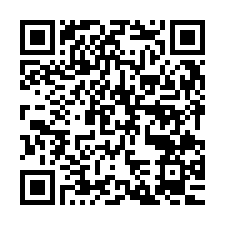