From an award-winning author comes an audacious, high-concept noir set in Auschwitz that straddles past and present

New York, the present: An old woman and her husband sit down for a breakfast of black bread and coffee at a table set for ten. Eight chairs remain empty.

Auschwitz, Spring 1944: Following a successful escape from the camp, a group of ten prisoners are rounded up for execution. But at the last minute, counter-orders are given. Since the camp needs every inmate for labor, only one prisoner will be sacrificed. And it is the job of the other nine prisoners, locked up in an empty building in Block 11 with nothing but a piece of paper and pencil, to decide by dawn who will die. Otherwise they will all go to the gallows.

Thus begins a night of storytelling with tales of horror, secrecy, and betrayal, but also of love and great humanity, as these ten prisoners debate who deserves to live and who deserves to die. The night is filled with violence, emotion, and shocking revelations. Degli Antoni wrestles with questions of guilt and forgiveness, selfishness and sacrifice, in this unforgettable novel set during the most trying of times. 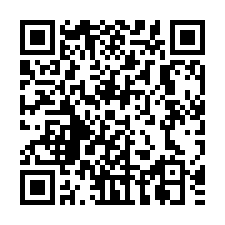