The house that love built »

The house that love built: the story of Millard & Linda Fuller, founders of Habitat for Humanity and the Fuller Center for Housing

In the hearts of volunteers who mobilize resources to build houses, "Habitat for Humanity" signifies caring. However, few people know that thirty years ago, successful entrepreneur Millard Fuller and his wife Linda left behind their materialistic lifestyle and crumbling marriage to start over as missionaries in Zaire. Upon returning to Georgia, they started building houses to bring new life to the poverty-stricken as their personal Christian ministry.

Millard recruited Jimmy Carter to work with Habitat when he left the White House. Together they attracted leaders from church and state worldwide. Habitat became an international movement with 1700 affiliates and a Board of Directors comprised of increasingly large corporate donors. As it grew, a new, more secular vision evolved, and eventually Millard and Linda found themselves alone starting over. The Fullers responded with "God is not done with us." Within days, they were back raising money and building houses for The Fuller Center for Housing-- for Katrina victims and in Nepal, Nigeria, and Romania. 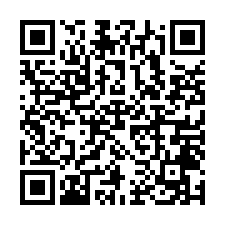