The rich history of the Native American brims with agriculture, hunting, crafts, music, culinary arts, storytelling, religious culture, battle prowess, medicine, and mythology. It is also a history marked by bloodshed and battle, conquest, violence, religious conflict, disease, and starvation. American Indian Chronology guides the reader through the most significant events in Native North American history, from prehistory to the present. From early Spanish and Portuguese exploration to the surrender of Geronimo, from the decline of the fur trade to the Wounded Knee massacre, from smallpox epidemics and broken treaties to the invention of the Cherokee alphabet, from Tecumseh's rebellion to the Native American Church, from the first journey across the Bering land bridge to the occupation of Alcatraz Island, the Chronology presents a fascinating look into the sweeping changes of history, wars and conflicts, government policies, social progress, and cultural changes affecting peoples on all sides in the New World.

American Indian Chronology guides the reader through the most significant events in Native North American history, from prehistory to the present. Entries are organized by dates and subdivided into over 35 categories, including: agriculture and farming; death and burial; exploration; legislation; arts, crafts, and musi; treaties; wars and conflicts; legends and storytelling; education; and civil rights and protests

This concise format makes a clear and accessible student research tool, supplemented with primary source sidebars, useful illustrations, a glossary, bibliography--including print and electronic sources--and index. With updates through 2005, this chronology is the most current in its field, bringing the modern struggles of American Indians into the 21st century. 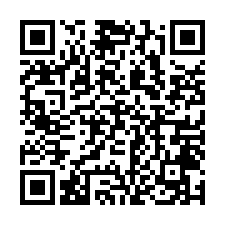