In pursuit of liberty »

In pursuit of liberty: coming of age in the American Revolution

The voices of the children and teenagers who witnessed the events that transformed the colonies to an independent nation have seldom been heard in historical accounts of the American Revolution. This book tells the story of the forgotten youngsters who engaged in the boycott of British goods and the battles that led up to the Declaration of Independence; the story of their courageous exploits in eight years of warfare on land and sea, and the story of the social forces that shaped and transformed their post-war lives. The Revolution challenged the notions of patriarchal authority. It introduced serious risks and disruptions in the lives of the young, but it also gave them an unprecedented degree of autonomy and a sense of responsibility that allowed them to seize the opportunities that they gained with their independence.

The book is based on the eye-witness accounts of one hundred children and teenagers who were between the ages of five and sixteen when they first observed the events recorded in their diaries, journals, letters, or memoirs. One-third of the accounts are from girls, most of whom lived in cities; two-thirds are from boys, most of whom lived rural areas. They include reports from black as well as white boy soldiers, from teenagers imprisoned on land and on prison ships, from slave children and youngsters held hostage by Indians, and from children of loyalists and pacifists who opposed the war with Britain for political or religious reasons. Also included are the viewpoints of Hessian teenagers who fought in the American Revolutionary War for the British. The book follows the chronology of the American Revolution across two decades from 1770, when the boycott of British goods throughout the American colonies gained momentum, to 1789, when George Washington was sworn in as the first president of a new and independent nation. It sets the experiences of the children and teenagers who lived and wrote in that time in a historical context. It focuses on the major milestones of the American Revolution, and the contribution of young people to its progress and ultimate success. 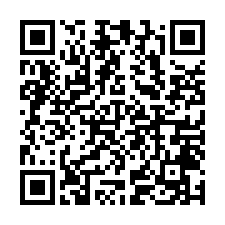