Kennedy and the Berlin Wall »

Kennedy and the Berlin Wall: "a hell of a lot better than a war"

Description
Kennedy and the Berlin Wall tells the full story of the Berlin Crisis that riveted international attention and brought the world to the brink of nuclear warfare as Soviet and American tanks opposed each other on the streets of Berlin. Drawing on the author's own experience as an American diplomat in Germany during the period, as well as on recently opened Soviet, East German, and American archives, Smyser tells the story of how the fate of a city affected national politics as well as geopolitics. This compelling mix of documentary resources and direct experience of diplomatic negotiations makes the book unique. The author has a keen sense of the critical moment and draws incisive portraits of the politicians and diplomats involved in this drama--most importantly, the two main actors, Kennedy and Khrushchev, but also DeGaulle for the French, Macmillan for the British, and Konrad Adenauer for the West Germans, as well as such critical career diplomats as Dean Rusk and Andrei Gromyko.
Also in This Series 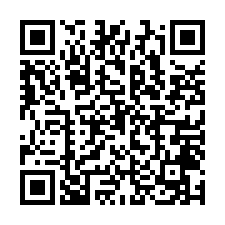