Description
The Rabbit Ears Treasury of World Tales features mystical stories from all around the globeread by your favorite stars and featuring original music by some of todays greatest artists. Aladdin and the Magic Lamp Read by John Hurt Original Music by Mickey Hart A poor young boy named Aladdin ventures into a cave and discovers a magical lamp. With the help of his newfound treasure he finds wealth and happinessand wins the heart of the Sultans daughter. Anansi Read by Denzel Washington Original Music by UB40 These two stories feature Anansi, the hilarious spider of West Indian folklore. In the first, he outwits a prideful snake to win possession of all the stories in the jungle. The second recounts his getting tangled in his own web of lies at his mother-in-laws funeral. East of the Sun, West of the Moon Read by Max von Sydow Original Music by Lyle Mays In this Norwegian tale, a peasant farmer sends his youngest daughter to live with a mysterious white bear in exchange for untold riches. But when the girl ignores the bears advice she must travel to a castle East of the Sun and West of the Moon to face the Troll Queen and make things right. The Five Chinese Brothers Read by John Lone Original Music by Bill Douglass and David Austin Five brothers, each of whom has an amazing physical gift, join forces to outwit the evil Emperor who has forced thousands into slavery to build the Great Wall of China. The older brothers are put to the test but the youngest proves to be the most gifted of all.
Also in This Series 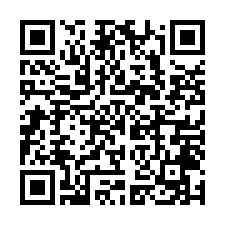