When thirty-two-year-old Catalina Ortiz Midori walks into a shabby New York dance studio for her first mambo class, she has no idea that her life is about to change. Mesmerized by El Tuerto, the one-eyed teacher who smells of sandalwood and is a titan of the New York mambo scene, Catalina is also drawn to the dazzling technique of Wendy Cardoza, a Bronx mambera who is one of its reigning queens. Catalina is a Japanese-Cuban immigrant who has lost touch with her Cuban roots and finds it difficult to understand Spanish. Her apprenticeship with El Tuerto and Wendy, and her growing obsession with the world of mambo -- the music, the dancers, and the seductive dance itself -- will bring her back to her origins with a passion she didn't know she possessed.

Mambo Peligroso carries the reader from New York to Miami and eventually to Cuba, where the music began. Along the way, Catalina inadvertently becomes involved, through her cousin Guillermo, in a sinister Miami exile scheme.

Patricia Chao is the author of the highly praised novel Monkey King. In this new book, her second work of fiction, readers have a unique opportunity to enter an intriguing and exotic milieu and emerge with an insider's sense of the experience. With its vibrantly drawn characters -- and a narrative rhythm born of mambo itself, Mambo Peligroso is an irresistible read -- hot-blooded, fast-paced, and written with an intelligence and poetry that are the province of a magnificently gifted writer. 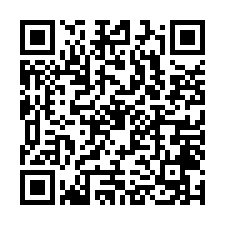