The ends of the earth »

The ends of the earth: an anthology of the finest writing on the Arctic and the Antarctic

A beautiful literary anthology published to commemorate the International Polar Year--and remind us what we're in danger of losing.

The Arctic and Antarctic ice shelves have been an object of obsession for as long as we've known they existed. Countless explorers, including such legends as Richard Byrd, Ernest Shackleton, and Robert Falcon Scott, have risked their lives to chart their frozen landscapes. Now, for the first time in human history, we are in legitimate danger of seeing polar ice dramatically shrink, break apart, or even disappear. The Ends of the Earth , a collection of the very best writing on the Arctic and Antarctic, will simultaneously commemorate four centuries of exploring and scientific study, and make the call for preservation. Stocked with first-person narratives, cultural histories, nature and science writing, and fiction, this book is a compendium of the greats of their fields: including legendary polar explorers and such writers as Jon Krakauer, Jack London, Diane Ackerman, Barry Lopez, and Ursula K. LeGuin. Edited by two contemporary authorities on exploring and the environment, The Ends of the Earth is a memorable collection of terrific writing--and a lasting contribution to the debate over global warming and the future of the polar regions themselves.

International Polar Year (which begins in spring 2007) is a major international science initiative that aims to focus public attention on the polar regions and our effect on them. The last such initiative, the International Geophysical Year in 1957-58, involved 80,000 scientists from 67 countries. This one promises to be bigger still. 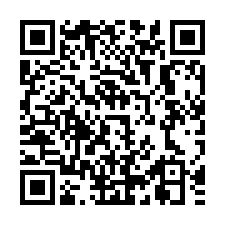