The visiting professor: a Novel of Chaos

Description
Lemuel Falk, a Russian theoretical chaoticist on the lam from terrestrial chaos, has been applying for permission to leave Russia every year for the past twenty-three years. Because he knows state secrets, he has not been allowed to cross the state s frontiers. Now, suddenly, his request for an exit visa is approved a sure sign that the situation is even more chaotic than he had imagined. Falk accepts a chair as a visiting professor at the Institute for Advanced Interdisciplinary Chaos-Related Studies in upstate New York. Arriving in the Promised Land under the impression that the streets are paved with Sony Walkmans, he plunges into the heart of another kind of chaos. No sooner has he arrived than he sets off on an academic cat fight, falls in love with a hairdresser half his age, and becomes a self-styled gumshoe tracking a serial killer.|Robert Littell's novels include the New York Times bestseller The Company, The October Circle, Mother Russia, The Amateur, The Once and Future Spy, An Agent in Place, The Visiting Professor, and Walking Back the Cat. A former Newsweek journalist, he is an American currently living in France.
Also in This Series 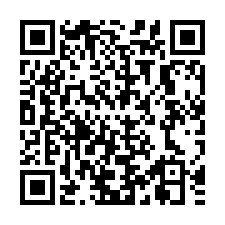