American pests: the losing war on insects from colonial times to DDT

Description
The world of insects is one we only dimly understand. Yet from using arsenic, cobalt, and quicksilver to kill household infiltrators to employing the sophisticated tools of the Orkin Man, Americans have fought to eradicate the "bugs" they have learned to hate. Inspired by the still-revolutionary theories of Rachel Carson's Silent Spring , James E. McWilliams argues for a more harmonious and rational approach to our relationship with insects, one that does not harm our environment and, consequently, ourselves along the way. Beginning with the early techniques of colonial farmers and ending with the modern use of chemical insecticides, McWilliams deftly shows how America's war on insects mirrors its continual struggle with nature, economic development, technology, and federal regulation. He reveals a very American paradox: the men and women who settled and developed this country sought to control the environment and achieve certain economic goals; yet their methods of agricultural expansion undermined their efforts and linked them even closer to the inexorable realities of the insect world. As told from the perspective of the often flamboyant actors in the battle against insects, American Pests is a fascinating investigation into the attitudes, policies, and practices that continue to influence our behavior toward insects. Asking us to question, if not abandon, our reckless (and sometimes futile) attempts at insect control, McWilliams convincingly argues that insects, like people, have an inherent right to exist and that in our attempt to rid ourselves of insects, we compromise the balance of nature.
Also in This Series 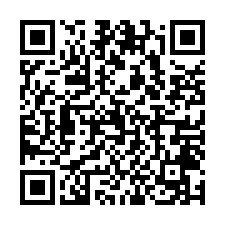