In the name of God and country »

In the name of God and country: reconsidering terrorism in American history

With insight and originality, Michael Fellman argues that terrorism, in various forms, has been a constant and driving force in American history. In part, this is due to the nature of American republicanism and Protestant Christianity, which he believes contain a core of moral absolutism and self-righteousness that perpetrators of terrorism use to justify their actions. Fellman also argues that there is an intrinsic relationship between terrorist acts by non-state groups and responses on the part of the state; unlike many observers, he believes that both the action and the reaction constitute terrorism.

Fellman's compelling narrative focuses on five key episodes: John Brown's raid on Harpers Ferry; terrorism during the American Civil War, especially race warfare and guerrilla warfare; the organized "White Line" paramilitary destruction of Reconstruction in MississipΠ the Haymarket Affair and its aftermath; and the Philippine-American war of 1899--1902. In an epilogue, he applies this history to illuminate the Bush-Cheney administration's use of terrorism in the so-called war on terror. In the Name of God and Country demonstrates the centrality of terrorism in shaping America even to this day. 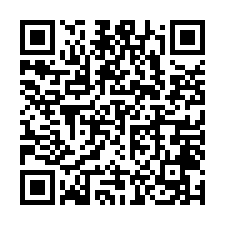