Roundup at the palace »

Roundup at the palace

Description
Canadian Children's Book Centre Our Choice, 2007 Buster the Bull makes his getaway in a blizzard, and it's up to Zack to save the Brown Palace Hotel gift shop - and his new friend Alice

Zack is looking forward to taking Buster the bull to the National Western Stock Show in Denver. As Zack and his dad sing their way down the road, Buster the bull doesn't find his first trip away from the ranch much fun. When the snow turns into a blinding blizzard and Zack's dad must detour through downtown, Buster sees his chance to make his own hay. Thundering out of the truck, Buster gallops straight through the doors of the Brown Palace Hotel where, he confronts Alice, who works with her mother in the hotel gift shop. Zack must act quickly to save his new friend Alice and Buster from disaster.

Kathleen Cook Waldron's lively story of a boy and his bull is complemented by the rich and vibrant painting by Alan and Lea Daniel, who capture the drama and triumph of the roundup at the Palace. 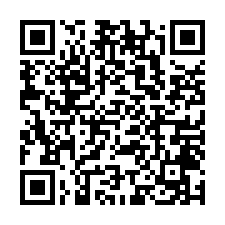