Kafka comes to America: fighting for justice in the war on terror

Description
American Bar Association Silver Gavel Award -- Winner in the Book category Independent Publishers -- Winner of the Gold Medal in the Autobiography/Memoir category        ForeWord Book of the Year Awards -- Winner of the Bronze Medal in the Social Science category The Eric Hoffer Award - Winner in the Memoir category A public defender' s dedicated struggle to rescue two innocent men from the recent Kafkaesque practices of our vandalized justice system "Our government can make you disappear." Those were the words Steven Wax never imagined he would hear himself say. In his twenty-nine years as a public defender, Wax had never had to warn a client that he or she might be taken away to a military brig, or worse, a "black site," one of our country's dreaded secret prisons. How had our country come to this? The disappearance of people happens in places ruled by tyrants, military juntas, fascist strongmen--governments with such contempt for the rule of law that they strip their citizens of all rights. But in America? Under the current Bush administration, not only are the civil rights of foreigners in jeopardy, but those of U.S. citizens. Wax interweaves the stories of two men that he and his team represented: Brandon Mayfield, an American-born small town lawyer and family man, arrested as a suspected terrorist in the Madrid train station bombings after a fingerprint was incorrectly traced back to him by the FBI; and Adel Hamad, a Sudanese hospital administrator taken from his apartment to a Pakistani prison and then flown in chains to the United States military prison in Guantanamo Bay, Cuba. Kafka Comes to America reveals where and how our civil liberties have been eroded for a false security, and how each of us can make a difference. If these events could happen to Brandon Mayfield and Adel Hamad, they can happen to anyone. It could happen to us. It could happen to you.
Also in This Series 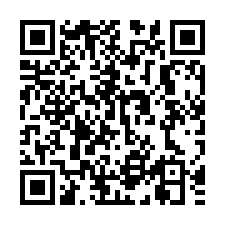