The Frank family that survived »

The Frank family that survived

Told by the grandson of the head of the family, this is the gripping odyssey of another Frank family from the deceptively good life of Berlin in the 1920s, through the rise of Hitler and their flight to apparently safe Holland, the nightmarish ordeal of their thousand-day-long "submersion" in a small apartment in The Hague, to the joy and pain of liberation and their final journey to America, the same route Anne Frank might have taken had she not been betrayed.

Based on personal testaments, records, and family interviews, the book describes their life behind closed curtains in constant fear of discovery. In 1945, after many adventures and appalling vicissitudes, they finally emerged to face the uncertainties of postwar Holland and the promise of the New World. Both a history and a memoir, this extensively researched book gives the first account of the war in Holland, the occupation, and the resistance (including the Jewish resistance) to be published for several years. Despite that resistance, and the help of the Dutch citizens who sheltered their Jewish neighbors, most of Dutch Jewry was destroyed. 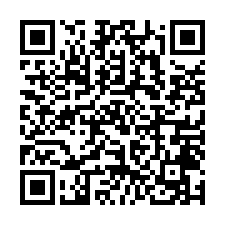