One touch of Topaz »

One touch of Topaz

Samantha Barton survived imprisonment on the war-torn island of St. Pierre. Her family wasn't so lucky. Now, in her new identity as the tough-as-nails revolutionary code-named Topaz, she enlists the aid of an enigmatic industrialist, Fletcher Bronson, on a risky mission to rescue some stranded refugees. Trapped behind enemy lines with a man she both fears and desires, Samantha finds herself irresistibly drawn by his promise of a new life away from the hail of gunfire. For Fletcher, Samantha is more than just an intriguing new lover. She's an object he must possess and protect at all costs. Opening his heart to her was never part of the bargain. But when new developments from Samantha's past life threaten to disturb his careful plans for their future, Fletcher must come to terms with the changes she's wrought in him-and reconcile himself to the truth of the warning she once delivered: I'm Samantha, but I'm also Topaz. 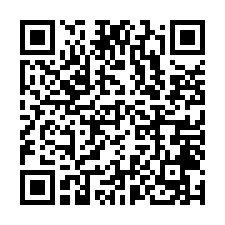