The stars can wait »

The stars can wait: a novel

Description
In this powerful debut set in 1940s German-occupied Poland, a young Catholic boy unearths the secrets of his brother's mysterious life. Fifteen-year-old Gracian Sofka is a stargazer. Every night for the past year he has broken curfew to view the constellations from a clearing in the forest-that is, until his older brother, Pawel, discovers his secret pastime. And now that the German troops have stepped up patrols of the area, the gruff, mysterious Pawel forbids his brother to continue his risky activity. Life in the previously quiet village of Malenkowice grows increasingly precarious. Men are accosted on the street by German soldiers, Gracian's widowed mother risks imprisonment to smuggle food, and Gracian's co-workers at the coal mines grow restless. As tension builds in the town, it also grows within Gracian's own household. After a run-in with his sister's husband, Pawel is forced to leave the house, becoming even more distant and elusive in Gracian's eyes. Then one day Pawel presents Gracian with a telescope, allowing the boy to slowly discover the truth about his brother's shadowy past. But while he succeeds in unlocking Pawel's secrets, Gracian is blind to the inevitable tragedy hurtling toward them all-and to his unwitting role as its catalyst. Haunting and lyrical, The Stars Can Wait possesses the intense, concentrated power of a fable and introduces a stunning new voice to American readers.
Also in This Series 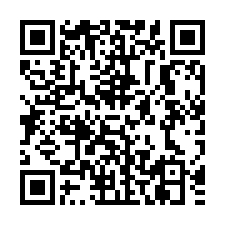