Murder in Baker Company: how four American soldiers killed one of their own

Description
"Fascinating . . . vividly recounts one of the most tragic true stories to emerge from the Iraq War . . . eloquent, disturbing, and haunting." --Mark Boal, journalist and screenwriter of The Hurt Locker and In the Valley of Elah Army Specialist Richard T. Davis seemed to be a survivor. He had been in Bosnia, reenlisted in time for the invasion of Iraq, and made it through the bloody, savage battle known as the Midtown Massacre. When his father, a career army officer, received a call stating his son was AWOL, he knew something was terribly wrong. And it was. On July 14, 2003, within hours of Davis's return to Fort Benning, Georgia, he had been mercilessly beaten and murdered. His body was set on fire and left in the woods. The army did not open an official investigation into the missing soldier until September, and his remains would not be recovered until November. Four members of his own platoon were arrested for the crime. When one of them was asked why they had set Richard on fire, his answer was both bone-chilling and revealing. He said, "Because that's the way we got rid of bodies in Iraq." Murder in Baker Company is a journey to uncover the truth about what happened to Richard Davis. Using court transcripts, personal interviews, and police records, Cilla McCain traces the events of the case and, in the process, provides a disturbing, eye-opening look into today's military. Soldiers are handed antipsychotic drugs and sent into battle. Treatment for post-traumatic stress disorder is stigmatized. Gang members carry their affiliation from the streets to the barracks. And many of our soldiers are forced to face down two separate enemies, one in the same uniform they wear. Murder in Baker Company is not only an exploration of the heinous murder of one of our soldiers, it is also a warning and a call to action for American citizens.
Also in This Series 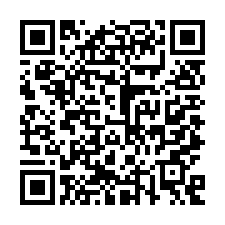