Challenging nature: the clash of science and spirituality at the new frontiers of life

Biotechnology is the oldest and most widespread of inventions, providing sustenance for humankind since the beginning of civilization. Until recently, however, its tools were crude and its implementation was opaque. Today new understanding in the life sciences brings both precision and transparency to the process. Modern inventions could alleviate human suffering, feed the world, and, at the same time, stem the tide of earth's ecological degradation. Yet ironically, biotechnology becomes evermore contentious. On the left, New Age secularists rail against genetically modified crops. On the right, religious Americans want embryo stem-cell research to be a felony. While they share seemingly little beyond mutual contempt, Silver argues that both political camps are driven -- consciously or subconsciously -- by a fundamental fear of violating a higher spiritual authority, imagined either as the creator God of the Bible, who rules from above, or a vague Mother Nature goddess here on earth.

In Challenging Nature, Silver offers a provocative look at the collision of science, religion, pseudoscience, and politics. A hands-on scientist who has actually manipulated genes, he leaves the laboratory, traveling the globe in what he calls "one scientist's journey from a cloistered community, in which life is assumed to be combinations of complex molecules and information flow between them, to a world of humanity dominated by soul and spirits, and to the intense chaos of Mother Nature at large." The result is a fascinating book that could provide a wake-up call for the West, where the economic ramifications of pseudoscience may be enormous: a future in which Asia becomes dominant in biotechnological advances. 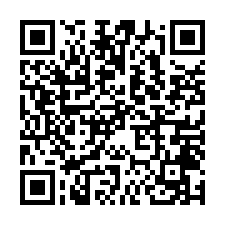