Long for this world »

Long for this world

Description
Michael Byers's award-winning debut collection, The Coast of Good Intentions, had the critics raving. "Byers's language, character range, perspectives, sensitivity, maturity, and clarity are incredible and often profound," said USA Today. This young writer's exhilarating first novel showcases his great gifts in the suspenseful story of a geneticist grappling with an astonishing discovery. Dr. Henry Moss has long been seeking a cure for a congenital disease in children, called Hickman, that causes them to age rapidly and die before their teens. A thoughtful and dedicated man, Henry wants only to give his small, wizened patients their share of the bounteous future promised by this prosperous moment in dot-com Seattle. To his amazement, his study takes a remarkable turn: he is consulted by a family whose three-year-old son, Giles, is clearly stricken with Hickman. Giles's teenage brother also tests positive for the disease -- but he displays no symptoms. In fact, all the aging mechanisms in his body seem to have halted. This discovery is a potential goldmine. It is also a minefield of personal and medical ethics. All around Henry, the world beckons with easy comfort and instant wealth. The temptation to fulfill his own family's longings is powerful. Henry's wife, trained as a doctor in her native Vienna, languishes in a dead-end job. Their two teenage children endure the pangs of adolescent yearning: Sandra, star of her basketball team, is in love with her sport and also with the wrong boy; Darren, at fourteen, drifts, hapless and unmoored. Byers inhabits these wonderful characters, as well as this wholly American time and place, with the conviction that only the finest novelists can achieve. He is a writer who deals with the largest issues on a deeply human scale. Long for This World is vividly alive and achingly beautiful.
Also in This Series 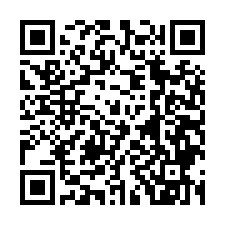