Description
Win Liberte has it all. He prides himself on never having worked a day in his life. He has everything he wants-fast cars, beautiful women, a racing yacht, a penthouse in Manhattan. Orphaned at eleven, Win inherited an international diamond business that is managed by his uncle.Then Win loses it all when his uncle commits suicide after investing all of Win's money in a scheme that fails. His single remaining asset is a bankrupt diamond mine in Angola, a steaming, war-ravaged country in equatorial Africa.In the blood and muck of central Africa, Win experiences the "Diamond Curse" first hand. Battles over Angola's vast wealth in gems occur daily, and fights for of the diamond industry have wiped out generations. Thriving on the challenge, Win founds an international diamond business that challenges a powerful cartel's stranglehold on the market.Loved by two women-a movie goddess who sears men's souls and a dedicated UN worker who risks her life in Africa-Win doesn't find anything worth living for until he loses love.From the tunnels of the diamond mine to the stage at the Academy Awards, from the beds of beautiful women to a battle with warlords, Win has to fight to get back everything he ever wanted.
Also in This Series 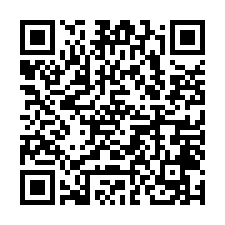