Description
"A chance to see the world! My mother's good red blood was in my veins, and if she could be a guiding light in a homestead on the prairies, I could be the same in a native village." That was May Wynne's immediate reaction to the chance to teach in a remote Eskimo village in Alaska. The year was 1916, and May, the daughter of a pioneer Kansas family, was two years out of teachers' college and ready for adventure. Life in Alaska is an engaging addition to the literature of women settlers in the Far North, and a rare description of daily life in a place and time--the Kuskokwim River region in early territorial days--not so well known to readers as the Yukon and camps of the gold rush era.

May Wynne was the only schoolteacher in the village of Akiak, on the Kuskokwim. Her account provides a picture of government educational policy in practice and of Eskimo life at a time of transition. Besides teaching the Eskimo children, she distributed supplies for men in charge of government reindeer herds, grew a demonstration vegetable garden, and maintained a first aid station. She learned much from the Eskimos, even how to make fish nets, and observed their mingling with a community of miners, traders, and herders across the river. May Wynne's story is a romance in the fullest sense of that word, for while she was in Alaska she married Frank Lamb, a young doctor sent by the U.S. government to open a hospital in Akiak. The tragedy that occurred a year after their marriage hastened her return to the States. 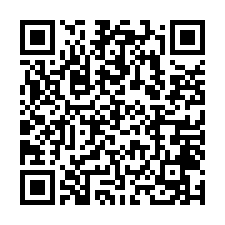