The haunting of America »

The haunting of America: from the Salem witch trials to Harry Houdini

In the tradition of their Haunting of the Presidents, national bestselling authors Joel Martin and William J. Birnes write The Haunting of America: From The Salem Witch Trials to Harry Houdini, the only book to tell the story of how paranormal events influenced and sometimes even drove political events. In a narrative retelling of American history that begins with the Salem Witch Trials of the seventeenth century, Martin and Birnes unearth the roots of America's fascination with the ghosts, goblins, and demons that possess our imaginations and nightmares. The authors examine the political history of the United States through the lens of the paranormal and investigate the spiritual events that inspired public policy: channelers and meduims who have advised presidents, UFOs that frightened the nation's military into launching nuclear bomber squadrons toward the Soviet Union, out-of-body experiencers deployed to gather sensitive intelligence on other countries, and even spirits summoned to communicate with living politicians.

The Haunting of America is a thrilling exploration of the often unexpected influences of the paranormal on science, medicine, law, government, the military, psychology, theology, death and dying, spirituality, and pop culture. 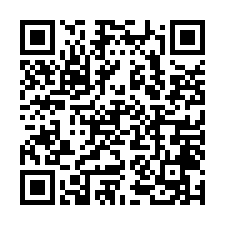