Bartender by day, actor by night, Johnny Downs cheerfully floats through life, living alone with his jukebox and his cat. But he is about to discover that while he's been floating, he's been drifting downstream -- heading for disaster. Blindsided when his dazzler of a girlfriend dumps him like yesterday's news, Johnny is wounded, stunned, and, most of all, clueless. "You're like most men -- oblivious," says his friend and mysterious confidante Darlene Ryder, a Southern belle with a steel-trap mind and a mouth to match. Her diagnosis: Johnny is doomed to be rejected by every woman he desires as long as he clings to his outmoded bachelor ways. His footloose and fancy-free playing days are over. Now it's time to suit up and play the game of love for keeps. Darlene puts him on a rigorous crash course to rebrand himself as "husband material." But does Darlene really have his best interests at heart? Is it marriage she's steering him toward, or further catastrophe? And who are these catsitters that keep coming into his life?

At turns witty and poignant, The Catsitters is an adroit comedy of contemporary manners that wickedly renders the hapless foibles of an unmarried man on the canvas of modern urban life. It is also a bulletin from deep behind the lines of the dating scene that bares one of the most closely guarded male secrets: Behind the bluster and bluff of "guy talk," most men are looking for The Right One, too. They just don't know how to look, or where to ask for help; they don't have a Darlene. Men and women alike will wince, laugh, and identify with Wolcott's portrait of what it takes to survive and triumph in the gladiator arena of high-stakes romance. The good news is that you don't have to be ruthless to win. Nice guys can finish first.

From the acerbic and sometimes controversial Vanity Fair columnist comes a surprisingly sweet-toned and embracing debut novel about sex, masculinity, and the comedy-drama of everyday life. The Catsitters is a novel even James Wolcott could love. 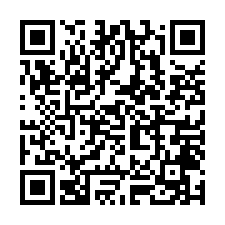