The treasure of Montsʹegur: a novel

Description
The year is 1209: A baby girl, dressed in a white silk dress strewn with pearls, is found in a meadow outside the smoking city of B#65533;ziers, where 20,000 people have just been massacred. Adopted by Lady Esclarmonde, the fiery Jeanne is educated in the ways of the Cathars -- the "pure ones," pacifist, vegetarian, chaste followers of Christ. But war is raging, and the Inquisition is charged with exterminating the Church of Love. It is a time of terror, with neighbor pitted against neighbor, and religious passions running high; a time of suspicion, burnings, and systematic genocide. Against this turbulent background, Jeanne of B#65533;ziers finds herself embroiled in the resistance, fighting for freedom alongside William, the man whom she loves -- and who is married to her best friend.
Trapped with William and more than 200 Cathars at the fortress of Monts#65533;gur, Jeanne is asked to sacrifice her convictions for the security of the Cathar legacy. As the only person who can save the legendary Cathar treasure, Jeanne is propelled on a journey through the dark days of the Inquisition, eventually to a place where she discovers the true treasure of Monts#65533;gur and her own destiny in keeping it alive. This stunning novel of the Cathars, populated with real historical figures and accurate in its historical details, tells Jeanne's story of sexual passion, intrigue, mystery, and the search for love and God. This extraordinary woman will linger with you long after the novel's haunting conclusion.
Also in This Series 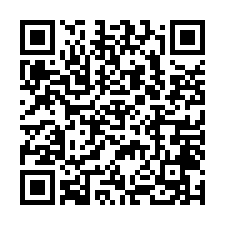