Description
In this exciting contemporary thriller, pirates are capturing ships at will off the Horn of Africa and the navies of the world cannot protect the international shipping lanes. In response, the newly confirmed Ambassador to Yemen, C.J. Sumner, is assigned by the White House to negotiate access to the rich oil fields off the island of Socotra and to convince the Yemenis' to help deter the pirates. Meeting with resistance to her diplomatic overtures, Sumner becomes desperate as the White House Chief of Staff continues to question her ability to succeed in the mission. In need of someone in the military who knows the region and its people, the Ambassador recruits former naval officer turned mercenary Connor Stark who is reluctantly returned to active duty as her defense attaché.

Meanwhile, Diplomatic Security Agent Damien Golzari is investigating the domestic death of a State Department official's son when he stumbles on to an illicit khat trade among Somali refugees in New England which he traces to the Horn of Africa. Witnesses are murdered in his wake as he travels to Yemen only to have his investigation interfered with by Stark.

As more ships are being attacked by pirates, Stark boards a Maddox International security ship, used to escort the company's cargo platforms to the oil rigs. Pirates sink it, killing most of the crew. Stark is rescued by the morale-plagued USS Bennington , a Navy cruiser on its final deployment. Stark is returned to the Embassy and plans on meeting with his contact, a Yemeni businessman who is part of the ruling family. Sumner assigns Golzari to protect Stark as Golzari's drug trail and murder investigation lead to a shipping company owned by Stark's contact. Stark and Golzari are ambushed on their return to the Embassy leading them to believe there is a leak at the embassy or in Washington.

Sumner plans a humanitarian assistance mission to Socotra to earn the favor of the Yemeni government. All she is given by the White House is the only ship in the region - the USS Bennington . During an attack engineered by the pirates off Socotra, most of the ship's officers are killed. Stark assumes command of the Bennington and plans a counterattack against the pirates. The ambitious counterattack is successful. Sumner negotiates a new treaty with the Yemenis and India to jointly develop the oil fields and provide mutual security from the Somali pirates.

Stark learns that the pirates have been organized and funded by a U.S. government official which leads to the White House. In a final confrontation between law and justice, Stark and Golzari must decide whether to challenge the most powerful man in the world. 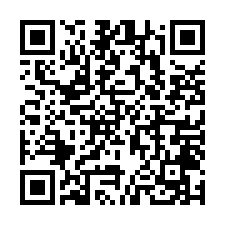