The man who killed his brother »

The man who killed his brother

Description
A wounded hero must confront his own worst enemy: himself Mick "Brew" Axbrewder was once a great P.I. That was before he accidentally shot and killed a cop-worse, a cop who happened to be his own brother. Now he only works off and on, as muscle for his old partner, Ginny Fistoulari. It's a living. And it provides an occasional opportunity for him to dry out. But their latest case demands more than muscle. Brew's dead brother's daughter has disap-peared. His brother's widow wants him and Ginny to investigate. And both of them seem to expect him to sober up. Because the darkness they're find-ing under the surface of Sunbelt city Puerto del Sol goes beyond one missing teenager. Axbrewder will need all his talents to con-front that darkness. Most of all, he'll need to con-front his own worst enemy-himself. More than two decades ago, bestselling author Stephen R. Donaldson published three novels about Mick Axbrewder and Ginny Fistoulari as paperback originals under the pseudonym Reed Stephens. More recently, under his own name, Donaldson published a new novel in the se-quence, "The Man Who Fought Alone." Now, for Donaldson's millions of readers worldwide, the first of the original books, "The Man Who Killed His Brother," appears under Donaldson's own name, in revised and expanded form.
Also in This Series 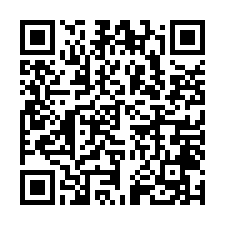