Maya Angelou: the poetry of living

Description
As an author, poet, actress, director, and civic leader, Maya Angelou has had a profound influence on the lives of millions around the world. Closer to home, she has also profoundly influenced her many friends and family members--by counseling, encouraging, praising, and exhorting, and not least, teaching by example. One of those whose lives she touched, photographer Margaret Courtney-Clarke, offers a tribute in these pages--moving and revealing portraits of her friend. Taken over the course of a year, at bookstore signings, on stage, and at home, Courtney-Clarke's photographs both celebrate and illuminate one of the great figures of our time. Supporting the visual story are thoughts on Angelou's powers of friendship as interpreted by her friends, in chapters that highlight the poet's virtues--Joy, Giving, Learning, Perseverance, Creativity, Courage, Self-Respect, Spirituality, Love, and Taking Risks. Among those represented here, all of whom count Dr. Angelou as one of the most important persons in their lives, are leaders Coretta Scott King, Reverend Barbara King, and Andrew Young; singers Ashford and Simpson; and Dr. Angelou's son, the writer Guy Johnson. And in her touching foreword, Oprah Winfrey describes how Dr. Angelou came to be her "counsel, consultant, advisor, shoulder to cry on, Rock, Shield, Protector, Defender, Mama Bear, and Mother-Sister-Friend." Maya Angelou's strength in the face of a difficult life, her concern for others, and the singular artistry of her writings give guidance to all who seek their own spiritual way in the world. In Courtney-Clarke's photographs and in the words of Dr. Angelou's closest friends, the true wisdom of her spirit emerges.
Also in This Series 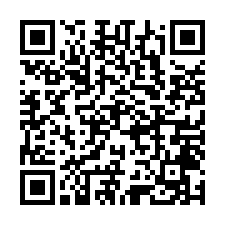