The Murrow boys: pioneers on the front lines of broadcast journalism

Description
"The Murrow Boys is the first book to tell the collective story of the talented and spirited correspondents who, under Murrow's direction, formed CBS's pioneering World War II team. They were intellectuals and wordsmiths first, whose astute reporting and analysis were like nothing else on the air. These ten men and one woman - including such familiar names as Eric Sevareid, Charles Collingwood, and Howard K. Smith - invented the craft of radio reporting as they went along, winning the hearts of Americans." "All in their twenties and thirties and infused with the foolhardiness of youth, the Boys brought to vivid life the war's great events: Shirer, in defiance of Hitler's orders, was the first to break the story of the French-German armistice; Larry LeSueur landed with the second wave of Allied troops on Utah Beach in Normandy; Richard C. Hottelet was the first to report on the Battle of the Bulge. Young idealists, they believed they were here to change the world." "But their triumphant early careers would eventually play out in the fickle world of journalism at large. Back from the war, these correspondents became celebrities, hoping to revel in their newfound fame while maintaining impeccable standards and integrity. America's increasing desire for entertainment, McCarthyism, the rise of corporate sponsorship, and ultimately the birth of television all conspired to taint the tradition of serious journalism as the Boys had known it. A few successfully made the transition to television, vying for Murrow's attention all the while. Yet there lingered among them a rueful sense that they had already ridden out the high crest of broadcast news." "A dramatic, exhilarating narrative that portrays exceptional lives against the tumultuous backdrop of the last half century, The Murrow Boys is both a powerful reminder of the possibilities of broadcast journalism and a sharp-eyed account of where the craft went wrong."--BOOK JACKET.Title Summary field provided by Blackwell North America, Inc. All Rights Reserved
Also in This Series 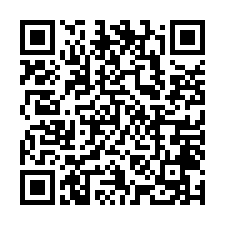