The killing of Major Denis... »

The killing of Major Denis Mahon: a mystery of old Ireland

The Killing of Major Denis Mahon is the riveting true story of a controversial murder that casts new light on the Great Irish Famine. At the height of the famine now considered the greatest social disaster to strike nineteenth-century Europe, Anglo-Irish landlord Major Denis Mahon from County Roscommon was assassinated as he drove his carriage through his property, which was filled with thousands of starving tenants. Mahon had removed 3,000 of his 12,000 tenants by offering some passage to America aboard disease-ridden "coffin ships," giving others a pound or two to leave peaceably, and sending the sheriff to evict the rest. His murder sparked a sensation and drove many of the world's most powerful leaders, from the queen of England to the pope, to debate its meaning.

Award-winning journalist Peter Duffy tells, for the first time, the story of the assassination and its connection to the cataclysm that would forever change Ireland and America. With full access to historical records, including Mahon's private papers, government documents, and extensive court and police files, Duffy tries to uncover the truth about Mahon's murder and the role he did--or did not--play in the sufferings of his tenants, while also shedding new light on the horrific struggles of the starving and impoverished Irish.

Gripping, revealing, and heartbreaking, The Killing of Major Denis Mahon is the incredible investigation of the great, unsatisfactorily solved crime of Irish history, and a fresh examination of the horrors of the Great Famine. 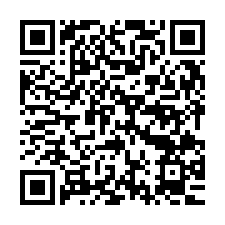