The garden of martyrs »

The garden of martyrs

Description
Two Irish Catholic immigrants, Dominic Daley and James Halligan, were traveling west on the Boston Post Road, headed for New York. A man named Marcus Lyon was robbed and killed along the same road. Though the two Irishmen denied any knowledge of the crime, they were arrested and accused of the murder. They spent five months in jail. Only two days before their trial they were allowed to consult with a lawyer. The trial, a mockery of justice, lasted only one day. The two were sentenced to be hanged by the neck and, as the presiding judge said, "their bodies dissected and anatomized." Father Cheverus, an émigré priest from France and one of only two Roman Catholic priests in all of New England at the time, is asked by Daley's wife and mother to go to the cell to comfort them, listen to their confessions, offer them communion. Father Cheverus, who escaped the Terror of the French Revolution, is a man plagued by his own past. Daley, a simple family man with a young son, and Halligan, a slick type with a checkered past and a lost love, face their deaths bravely, only to be exonerated in 1984. Michael White has used his considerable talent to capture the political, social and cultural aspects of New England. In this heartbreaking story, he shows that the anti-Catholic and anti-foreign sentiments of that period in some ways reflect ongoing prejudice today.
Also in This Series 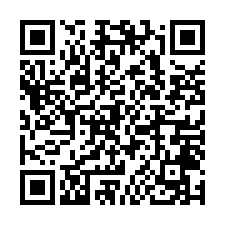