Description
Companion volume to the critically acclaimed Omaha Beach A brilliantly researched and engagingly written comprehensive history of this momentous World War II battle that includes many never before published firsthand accounts by the men who were there Features a series of detailed maps allowing the reader unparalleled insight into the minute-by-minute combat on Utah Beach, plus comprehensive lists of all Medal of Honor and Distinguished Service Cross winners at Utah Beach, and much more

In this much-anticipated follow-up to his acclaimed Omaha Beach , historian Joseph Balkoski chronicles the amphibious landings and airborne operations at Utah Beach on D-Day, June 6, 1944. Part of the story is already familiar: Among the paratroopers who landed with the 101st Airborne was the company Stephen Ambrose followed in Band of Brothers. Using firsthand after-action reports and unit journals, Balkoski creates a compelling narrative of the fighting at Utah Beach on D-Day, while meticulously constructed maps pinpoint key geographical features and show unit locations as the action unfolds.

Added to the invasion plan largely at the insistence of British General Bernard Montgomery, the attack at Utah Beach aimed to secure the Cotentin Peninsula and ultimately seize the port of Cherbourg. Although the assault on Utah Beach became one of the most successful American military operations of World War II, it was fraught with risk from the beginning: Not only was Utah the most isolated of the five D-Day beaches, but the airborne operation was of unprecedented size and scope. Despite the perils, American troops cascaded into that corner of Normandy from the sea and the sky, gaining a military triumph that contributed decisively to Allied success on D-Day. This book is both an engaging narrative and a tribute to the men who stormed the beaches and dropped from the sky. 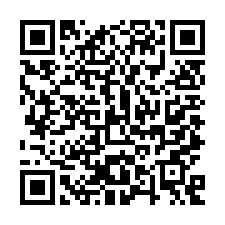