Oxygen: the molecule that made the world

Description
If water is the cradle of life, then oxygen is its engine. Without oxygen, life on Earth could not have advanced beyond a slime in the oceans, and would probably have ended its days in the ostensible sterility of Mars or Venus. With oxygen, life flourished in all its wonderful variety. Withit, too, came the evolution of ageing and death.This book is about life, death and oxygen: about how and why life produced and adapted to oxygen; about the evolutionary past and future of life on Earth; about energy and health, disease and death, sex and regeneration, and about ourselves.Life's adaptations to oxygen began nearly four billion years ago, and are still written into our innermost constitution. Adaptations to the opportunities and challenges posed by oxygen link the extremes of the living world, from bacterial tolerance to cosmic radiation to the organisation of our ownbodies. Thinking about life through the prism of oxygen explains conundrums like the evolution of photosynthesis, the sudden appearance of large animals in the Cambrian explosion, the flight of dragonflies as big as hawks, the origin of two sexes, the accelerated ageing of cloned animals like Dollythe sheep, and the long lives of bats and birds.Oxygen takes a panoramic view of life on Earth. Drawing on fields as diverse as geology, cosmology, chemistry, biology and medicine, it explains why oxygen bridges the gap between the two great facets of life, metabolism and reproduction. Oxygen is shown to be a primordial sensor of health andvitality, which still orchestrates our defences against physiological stresses such as radiation and infection.This unusual perspective offers striking insights into the nature of ageing, disease and death, culminating in a new synthesis, the Double Agent Theory of ageing. We see why neither the Human Genome Project nor dietary antioxidant supplements can solve the problems of old age, and why infectiousdiseases and the emerging field of mitochondrial medicine might lead to cures for heart disease, cancer and dementia. The result is an entertaining and thought-provoking read that challenges key assumptions underlying modern medical research.
Also in This Series 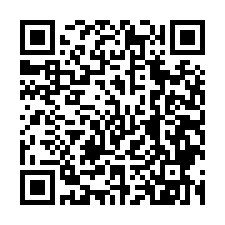