Rwanda means the universe: a native's memoir of blood and bloodlines

Description
Mushikiwabo is a Rwandan working as a translator in Washington when she learns that most of her family back home has been killed in a conspiracy meticulously planned by the state. First comes shock, then aftershock, three months of it, during which her worst fears are confirmed: The same state apparatus has duped millions of Rwandans into butchering nearly a million of their neighbors.Years earlier, her brother Lando wrote her a letter she never got until now. Urged on by it, she rummages into their farm childhood, and into family corners alternately dark, loving, and humorous. She searches for stray mementos of the lost, then for their roots. What she finds is that and more - hints, roots, of the 1994 crime that killed her family. Her narrative takes the reader on a journey from the days the world and Rwanda discovered each other back to colonial period when pseudoscientific ideas about race put the nation on a highway bound for the 1994 genocide.Seven years of full-time collaboration by two writers - and the faith of family and friends - went into this emotionally charged work. Rwanda Means the Universe is at once a celebration of the lives of the lost and homage to their past, but it's no comfortable tribute. It's an expression of dogged hope in the face of modern evil.
Also in This Series 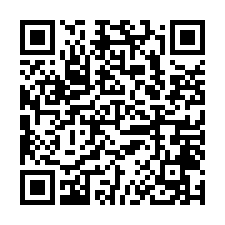