Dead tide: a novel of suspense

Description
Jeannine Kadow took readers on a "heart-stopping journey" (Washington Post) in Burnout, the searing novel that introduced hard-hitting TV anchor Lacie Wagner. In this early anticipated new thriller, Lacie Wagner has retreated to Nantucket to heal the physical and emotional scars of her fiery past. There, on the isolated island thirty miles out at sea, she feels safe, out of harm's way. But Lacie's tranquility is shattered when she finds a female diver's body washed up on shore. What starts out as the most explosive investigation of her career swiftly turns intensely personal.A killer has chosen Lacie to tell his story, one of a terrifying unimaginable murderous obsession. Stonewallled by high-ranking military officers and blocked by law enforcement at every turn, Lacie joins forces with Nick St. James, a renegade manhunter who is as dangerous as the men he stalks. Together they run outside the law, straight into the heart of an unspeakable evil -a riptide that sweeps its victims one by one into the unfathomable depths of a watery grave.Chilling and seductive, stunning in its intensity and unforgettable in its power, Dead Tide will leave you breathless.
Also in This Series 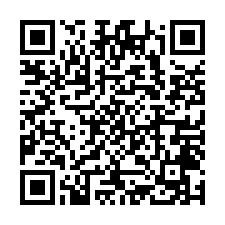